Am I a runner?  Yes, I am!  Who would of ever thought that??? Many people are surprised when I tell them I run, sometimes I think my own family doesn't believe me.  But yes, I am.  Am I a fast runner, NO, but I am a runner!!  I run two to four times a week, ranging from 2 miles to 9 miles, depending on if I'm training or not.  I have participated in the 2011 Delaware Marathon Relay, and will run in the 2012 Delaware Half Marathon in less than a month (yikes).

I wasn't always a runner, though.  During my sport days, I hated running!!  Field hockey, basketball, lacrosse, tennis, swimming, and competitive cheerleading were my sports... Not Running!  I would dread when that part of practice came; laps, sprints, cross country trail, No Thank You!!  As I got older, walking became my thing... I could walk until the cows came home, I could even walk faster then some people jogged.  When I started working for the automotive manufacturers, I found myself at more marathons & triathlons then I ever knew existed, all because my company sponsored them.  I was surrounded by people of all ages, late teens to senior citizens, who loved to run. I once saw a man who was 80+ cross a marathon finish line.  And I thought, if he can do 26.2, I should at least be able to run a mile (without passing out).  So, I started running, just a few minutes during my walks, but I never felt like I was progressing.  Then I started to think, there are runners and then there's me... I hate running, and that was that!  A year or so later, I was sitting at a playdate listening to Deb and Kathy talk about running.  Deb was blabbing on about races, and such, and Kathy said something that sparked my interest.... "I'm using this app, C25k... It's for people who aren't runners.  It takes you from being a couch potato to running a 5k in 9 weeks."  Hmmm, Kathy might be on to something, I thought.  I immediately went to the app store on my iPhone and bought C25k.  This was all well and good, but who do I run with? Deb was a real runner, and Kathy was already on week 4.... I'd never keep up with them.  So, I recruited my own team, Marisia & Lenise.  They're my cousins, so if this is the worst thing ever, they can't hate me, we're family.  We all started C25k the same week, in the summer.  When our schedules allowed, we ran together, when it didn't we coached and encouraged each other through the runs.  We picked an actual 5k in November of that year as our goal race.  Time went on, we were running.... I actually started to enjoy running, and was really looking forward to my first 5k!  Then my world came to a screeching halt, and I stopped running.  I questioned why on earth I was doing this to my body, I truly started to hate running again.  I thought running took something away from me, and I hated it for that!!  January 2011 rolled around, new year new me, I thought.  I laced up my sneakers and started running again.  I almost felt normal again, like this is what I was missing.  So, I set a new goal, a pretty lofty one, considering I hadn't been running that long... I, Ashley Thayer, was going to run a half marathon.  Thank goodness, I have great realistic friends... They talked me down from the ledge, Michelle and Deb (the real runner) convinced me to run in the relay with them, and I recruited Courtney in the pain.  I figured I could do that, 6.55 miles, much better than 13.1, right?  And that's what I did.  May 2011 was my first race, but not my last.  Running was in my blood now, there was no stopping me.

Now, I speak in runner's terms, like tempo runs and race pace.  I run maintenance runs, fartleks, hills.  I subscribe to Runner's World Magazine.  Running for me is also my get away time, get away from stress, work, kids, life, etc.  Running is a form of meditation for me, it clears my head and leaves me feeling renewed.  I am still amazed at how, something so dreadful, something I hated for so many years, could now bring such mental clarity and joy to my life.  I'm not going to lie to you, there are still days where I don't want to lace up my sneaks, but then I make a deal with myself... I'll just go for a walk, and sure enough, I'm running by mile 2.  Because my workouts & runs are at the mercy of who can watch my kids, I am mostly an indoor runner, since my YMCA has free child care!  However, when I can get outside, I love the fresh air and the new things I see on my runs.  There are days I still don't believe I am a runner, then I remember something I read in Runner's World: if you run, no matter the distance, you are a runner!  So, yes, I am a runner, and you can be too!

Here's what helped me...
C25k app by BlueFin & RunHelper
Fitted for a new pair of sneakers, try New Balance store or your local running stores (Delaware Running Company is a favorite)
Grab a buddy
Don't worry about others... Like Nike, just do it!

Posted by Ashley Thayer at 9:47 AM 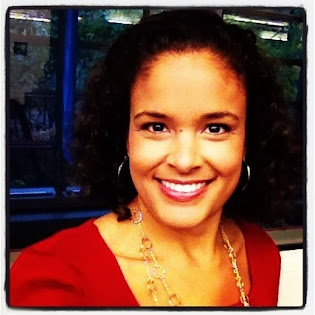